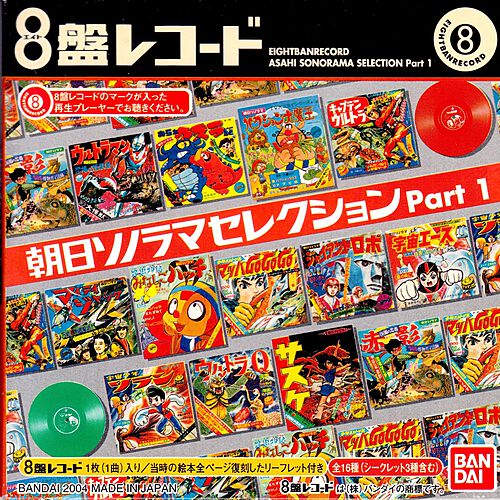 First 8-ban record series consisting of TV theme songs from Japanese anime and children’s shows. The original web site and inserts only list 13 of the 16 titles, with three (AS-14, 15, and 16) being secret/surprise titles. Unique to this series, each insert/cover reprints an entire page of a Asahi Sonorama sonosheet picture book, which could be cut-up to make a comic. Scans of these poster inserts appear in each release’s image gallery.