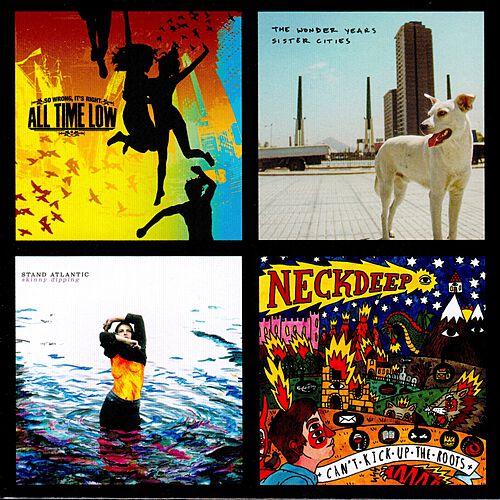 Limited edition of 1,000 copies celebrating the 25th anniversary of Hopeless Records. Sold in a “blind-box” containing one of four different records, like trading cards. Some retailers bundled all four releases together, as the distributor sold them in packs of four containing all of the releases in the series. Each release includes a fold-out poster and an insert containing information about the song or lyrics.