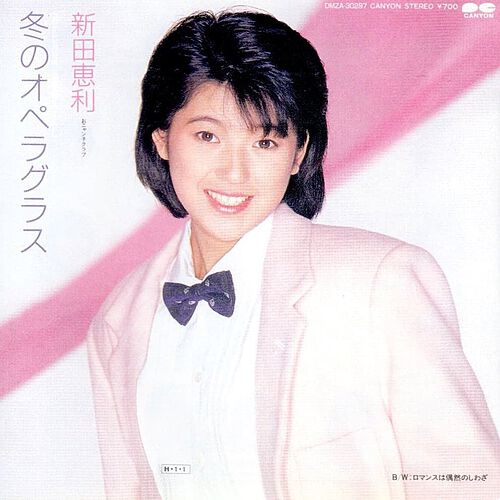 Eri Nitta is a former member of Onyanko Club.
“Fuyu no Opera Glasses” (冬のオペラグラス) was her debut single, originally released January 1, 1986, and peaked at #1 on the charts (Oricon).
This release contains a tri-fold wrap-around cover along with the usual checkbox insert.