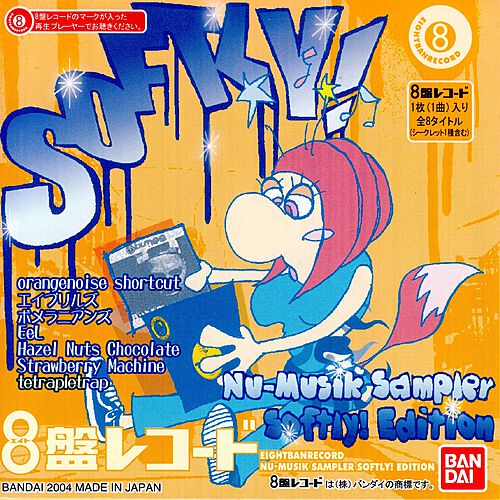 Limited edition series of eight 8ban records, each on sky-blue, powder-blue transparent vinyl, including lyrics, packed in “blind-box” packaging like the other 8ban records even though the series was sold together as a set. Sold alongside a Softly!-branded 8-ban record player.